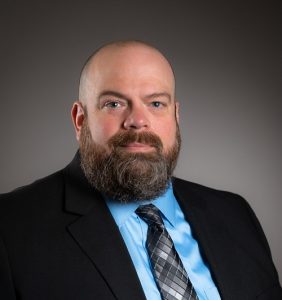 DOVER, Del. — The Delaware Department of Technology and Information (DTI) is pleased to announce that Gerald “Jerry” Whisman has been promoted to serve as Chief Operating Officer. In this role, Jerry administers a portfolio of $38.5M and is responsible for the Network Operations Center, Output Management, Systems Engineering/Systems Administration, Mainframe, Telecom, Collaboration Services, Automation, Data Center and Facilities.

“Jerry is a valuable and experienced team member. His ability to think about the collective team, work with his peers, stay up to date on technologies, and drive execution make him a great fit for our Chief of Operations,” said DTI CIO Jason Clarke. “I am honored that he has accepted the challenge to take on this role and we’re pleased to welcome him to our Senior Team.”

Leveraging experience from the private sector, in 2007 Jerry joined the Division of Professional Regulations within the Delaware Department of State. In 2012, he transitioned to DTI as a Service Support Administrator on the Enterprise Desktop LAN team. His work ethic and direction led DTI toward global desktop management and remote support — resulting in Jerry being named DTI’s Employee of the Year in 2014. He has since served in key leadership roles at DTI in the areas of Service Support, Infrastructure and Engineering. Most recently, Jerry served as the Director of Infrastructure and Engineering where he led technical, diverse, high-performing operations teams. Together with his teams, Jerry upgraded server and infrastructure monitoring/alerting by retiring antiquated systems and replacing them with enterprise class tools. Under Jerry’s guidance, the department increased overall service availability for our IT centralized agencies. He restructured the team, implemented tooling and processes that reduced total incident ticket volume by 50.34% over the last four years, and reduced Severity 2 tickets by 62.71%. After-hours tickets have also seen a 57.41% decrease over the last four years.

Jerry holds a number of professional certifications, including CompTIA A+, CompTIA Network+, CompTIA CDIA+, and AWS Certified Cloud Practitioner, among others. He enjoys classic cars and spending time with his family, including his wife Lisa and their three daughters, Abbie, Hannah and Leah.

About the Delaware Department of Technology and Information

The Department of Technology and Information (DTI) is the state’s central IT organization, chartered to deliver core services to other state organizations and exercise governance over the technology direction and investments of the state. DTI provides enterprise services that enable other organizations to effectively fulfill their missions.