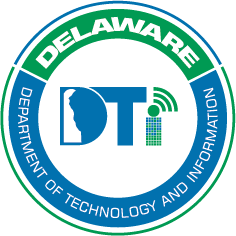 DOVER, Del. — Delaware’s State Chief Information Officer (CIO) Jason Clarke today announced that the Department of Technology and Information’s (DTI) former Deputy Attorney General Aleine Cohen will be joining the Office of the CIO as Deputy CIO. Aleine’s general counsel experience to DTI for the past six years has enabled her to collaborate across divisions and with DTI’s partners.  In this new position, Aleine will drive and execute the strategic goals of the organization as well as oversee the Human Resources, Fiscal, and Procurement teams. Responsibilities will include the development and implementation of a well-defined strategic roadmap which charts the future direction and growth of the agency, procurement and contract life cycle management, asset/investment management, license tracking, and privacy compliance. She will also lead DTI’s recruitment efforts.

“Aleine has been an integral part of our team, serving as our Deputy Attorney General for the past six years. She brings with her a wealth of experience in, contract negotiations, data retention and usage, IT procurement and project management, cyber security, privacy, constitutional, labor, employment and administrative law, and has been very involved  in DTI’s broadband and COVID-19 response efforts,” said DTI CIO Jason Clarke. “Her extensive experience within State government makes her an asset to DTI and I am honored that she has decided to take on this challenge. We look forward to her helping us deliver innovative technology solutions to Delaware.”

Aleine began her career in 2007, serving as a judicial law clerk for then President Judge James T. Vaughn, Jr. in the Delaware Superior Court followed by Chief Justice Myron T. Steele in the Delaware Supreme Court in 2008. In 2009, she joined the Delaware office of Edwards, Angell, Palmer, & Dodge, which later became the Delaware office of DLA Piper LLP, where she practiced intellectual property and technology, corporate, and complex commercial litigation. This was followed by a move in 2013 to the New Castle County Office of Law as an Assistant County Attorney. For the past six years, Aleine has been part of the Civil Division of the Delaware Department of Justice, serving as Deputy Attorney General and now as the Unit Head for the Department and Agencies Unit.

Aleine is an alumna of Fordham University and the University of Louisville, Brandeis School of Law.  She enjoys outdoor activities, cooking, travel, reading, and spending time with her family. Aleine’s husband is a middle school English/Language Arts teacher and basketball coach. They have two wonderful young children, a senior English Bulldog, and a cuddly cat.

About the Delaware Department of Technology and Information

The Department of Technology and Information (DTI) is the state’s central IT organization, chartered to deliver core services to other state organizations and exercise governance over the technology direction and investments of the state. DTI provides enterprise services that enable other organizations to effectively fulfill their missions.