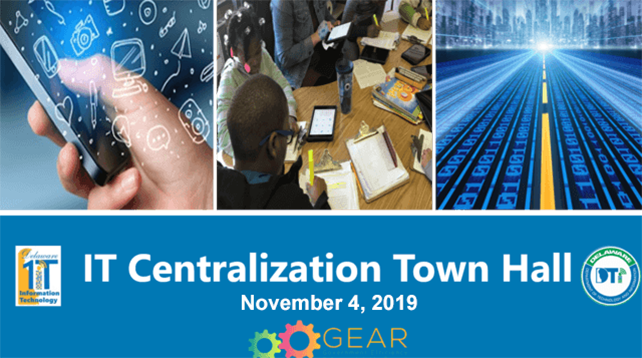 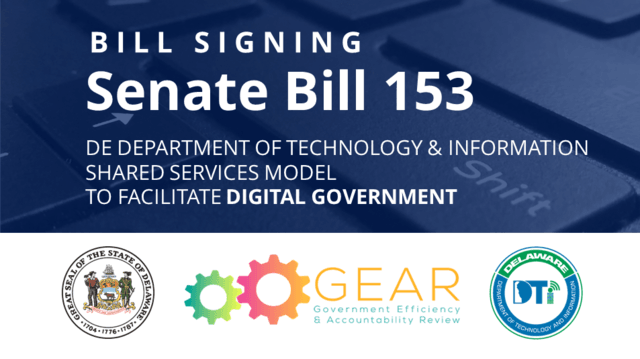 What is IT Centralization?

Underway in earnest for nearly a decade, ITC efforts have focused on streamlining IT services, reducing the numbers of data centers, servers, and applications for more cost effective state’s IT services. Centralizing key IT support for Delaware’s Executive Branch agencies improves consistency, quality, and optimizes the state’s ability to leverage new technology more rapidly and equitably. At the same time, ITC decreases redundant vendor purchases, as well as reduces the exposure of critical infrastructure and state data assets to cyber security risks.

Centralization follows the Delaware Enterprise Information Technology Centralization Playbook process of Executive Branch agency assessments of IT assets, people working in IT job class positions, and IT processes that support agency business. After assessment, and review with the agencies, assets and processes are reallocated to DTI; people in IT positions and/or primarily having IT responsibilities also may be reallocated to DTI. DTI will either provide or broker IT services for Executive Branch agencies. The state will leverage a shared services model to improve service provision, enhance uniform IT policy and standards adherence, and increase the efficiency of Delaware’s enterprise IT spending.

Early in 2001, recognizing the increasing importance of technology development to the effective functioning of Delaware’s state government, Governor Ruth Minner established the Information Services Task Force, chaired by then State Treasurer (and later Governor) Jack Markell. This body made statutory and organizational recommendations. These included radical changes that required approval of the General Assembly. The Department of Technology and Information (DTI) was created by Senate Bill #215, approved by the 141st General Assembly, and signed by Governor Minner on July 1, 2001. This legislation paved the way for sweeping Information Technology management changes. To plan and build a 21st-century agency while continuing the day-to-day operations of the state’s diverse technology system were the main objectives during the 2-year transition from Office of Information Services (OIS) to DTI.

Work continues as Delaware makes progress toward centralization of IT with the passing of Senate Bill 153 by Senator Poore, co-sponsored by Representative Griffith, during the 150th General Assembly and signed by Governor Carney on 8/5/2019.

GEAR and IT Efficiency

Governor John Carney recognized the value of efficiency in the operation of Delaware state government. With Executive Order 4, in early 2017, he established the Government Efficiency and Accountability Review (GEAR) Board. A major focus area for this body is IT Efficiency. DTI’s centralization efforts were reinvigorated by GEAR, leading to a major review by an outside consultant of all State of Delaware Information Technology assets and services, including DTI’s. GEAR has produced a number of reports on the progress of this administration’s initiatives.